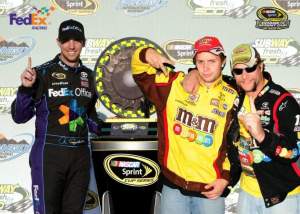 Robert Allen (Robby) Ulam, 46, passed away at his home in Crook County on June 6, 2021. Robert was born July 26, 1974, in Redmond, OR to parents Pete Ulam and Bobbi (Wainwright) Gordon. He grew up in Redmond and lived most of his life in the Redmond area. Circumstances took him to Arizona for a while, but he returned to Oregon several years ago.

Robby was married to Rachel Harvey Ulam, and they later divorced. While living in Arizona, he met and married Karyn Zimmer Ulam. He loved being a dad to his kids and was very proud of all of them and their accomplishments.

Robby loved anything related to cars, enjoying racing with his dad the most. He was even called Grandpa Race Car by his grandkids. He was a mechanic by trade and was always bringing home more cars and pickups to fix up, but his Chevy square body pickup was the most important thing he owned.

Robert was preceded in death by his grandparents, Pete and Marvel Ulam, Albert and Mary Ellen Wainwright and his daughter, Shalae Rae Ulam.

A celebration of life will be held at the Terrebonne Grange (on the corner of NW Smith Rock Way and 11th Street) July 24 at 11 a.m. A potluck lunch will follow at the grange. A private family event will be held near Gray Butte later that day.

To send flowers to the family or plant a tree in memory of Robert "Robby" Allen Ulam, please visit our floral store.